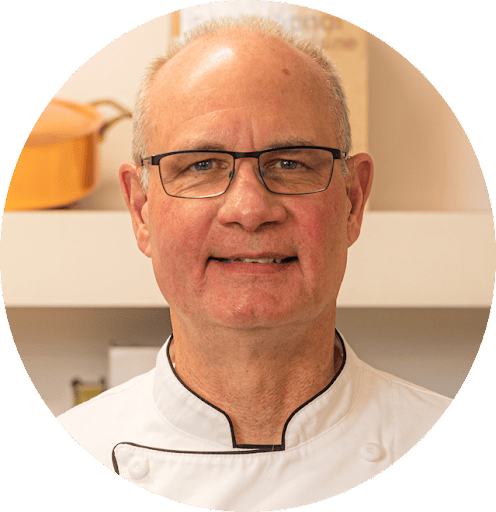 In a medical breakthrough, a pig kidney has been successfully transplanted into a human without triggering immediate rejection by the recipient’s immune system. The procedure was conducted at NYU Langone Health in New York City on September 25 involving a genetically modified pig. This procedure is a potentially big step for science that could answer the shortage of viable human organs for transplant. 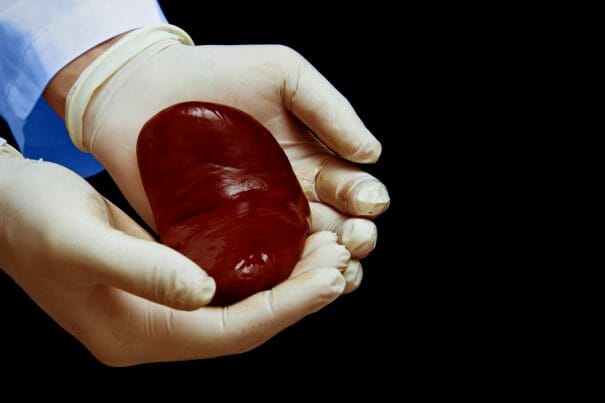 The recipient was a brain-dead woman whose family consented to the procedure. She was sustained by a ventilator for 54 hours after receiving the genetically-altered pig kidney. In this duration, her urine production and creatinine levels were normal. These two factors are key indicators of properly functioning kidneys. During the 2- hour kidney transplant and the observation period that preceded, the body didn’t manifest any signs of organ rejection.

People reaching End-Stage Renal Disease will need dialysis or a kidney transplant to live. A kidney transplant is considered the best course of treatment, as it can increase the chances of living longer and improve the quality of living. With a kidney transplant, there would be fewer limits on food and drinks, although it is still suggested to follow a heart-healthy kidney. Nevertheless, the success of the transplant and how long they last depend on the patients’ health before the transplant, after-surgery care, and following doctor’s order after the procedure.

According to organdonor.gov, 106, 700 people are on the national transplant waiting list in the U.S. Another person is added to the list every 9 minutes. Hence, researchers have been finding ways to grow organs in animals for xenoplantation. Xenoplantation is any procedure involving implantation, transplantation, or infusion of live cells, tissues, or organs from a nonhuman animal source into a human recipient. 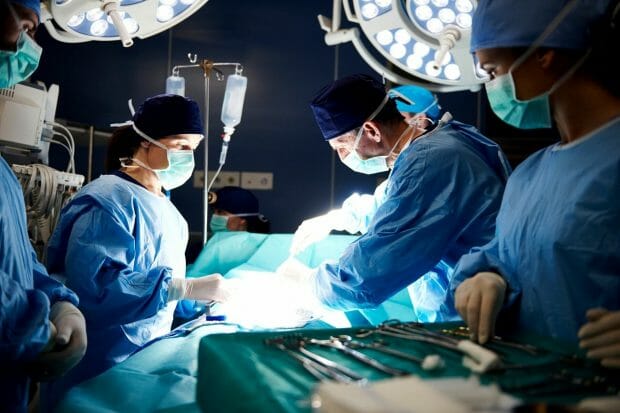 Want To Know How to lower your creatinine levels to help you avoid dialysis?

Join ther FREE mastercalss on how to improve your creatinine with our award-winning method to:

The possibility of using animal organs for transplants has been explored for decades, but researchers are hindered by the human body’s immediate rejection of the organ. When a recipient rejects a transplanted organ, the body attacks it as an infection.

For pig xenotransplantation to work, scientists have discovered how to “knock out” the gene that encodes alpha-gal. Alpha-gal is a sugar molecule present in most mammals that can prompt organ rejection. In previous xenoplantation experiments, genetic differences have consistently resulted in instant organ rejection by the human immune system.

Besides the kidneys, the surgeons also transplanted the thymus gland of the pig to ward off the negative immune response to the pig kidney. The thymus gland is said to “educate” the immune system to prevent immediate organ rejection. During the 2-hour procedure, the surgeons attached the new animal kidney to the recipient’s blood vessels in her upper leg, outside the abdomen.

The medical team closely monitored the kidney, conducting various tests and checks over the next 54 hours. According to the director of the N.Y.U. Langone Transplant Institute, Dr. Robert Montgomery, the organ started functioning normally, making urine and the waste product creatinine “almost immediately”.

The experts shared that the problems with xenotransplant procedures typically appear between the blood supply and the organ. It is where human blood flows through pig vessels. Dr. Montgomery shared that although the kidney wasn’t implanted in the body, the fact that the organ functioned outside the body is a strong indication that the xenotransplant will work in the body.

Why choose pig as an organ donor?

The concept of xenoplantation is dated back to the 17th century, with feeble attempts to use animal blood for transfusions. Researchers were exploring baboon transplants by the 20th century. Between the 1970s and 1990s, several attempts were conducted to transplant kidneys, livers, and hearts from nonhuman primates. While some kidneys functioned for several months, the majority of the primate organs have been rejected or have had surgical complications early after the procedure. A notable attempt was done on a dying infant who lived 21 days with a baboon heart. Despite public clamor and no lasting success, scientists continued to focus on other animals -modifying their genes to fill the species gap. 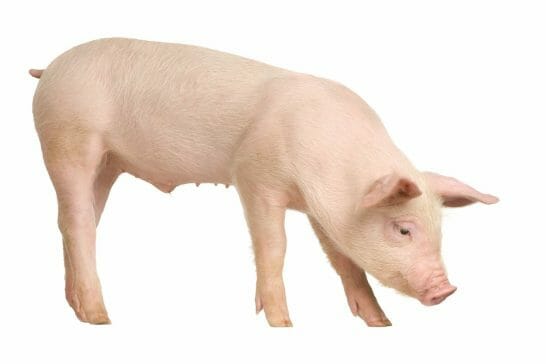 U.S. Public Health Service and scientists suggest that domesticated animals including pigs and cows should be considered as possible organ sources before nonhuman primates for various health, safety, and logistical reasons. Pigs are considered prime and preferred candidates as they mature more quickly and produce large litters. The size and function of the pig organs are comparable to human organs in both infancy and adulthood.

Furthermore, pigs can be raised to high health standards in a controlled environment. On the other hand, monkeys are undomesticated animals that don’t bode well in controlled environments, making it hard to breed them to the same health standards as pigs. Their organs are also much too small, and like humans, they mature slowly and tend to produce one offspring at a time. The genetic similarities of humans and nonhuman primates could transfer disease between the donor and the recipient, although rejection of nonhuman primate organs might be less frequent and less vigorous. 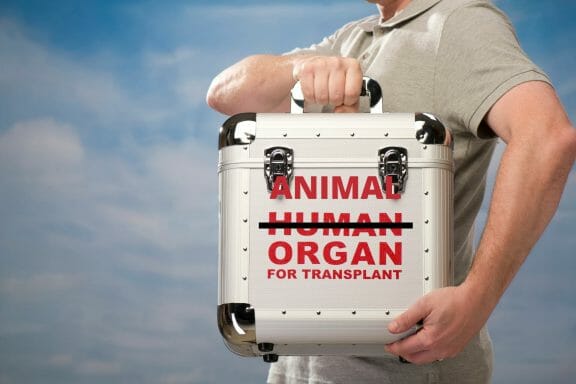 The stumbling block in using pig organs, tissues, and cells for xenotransplantation is the strong immune response evoked by the porcine antigens. The most immunogenic epitope (a portion of a foreign protein, or antigen, that is capable of stimulating an immune response) is the gal-epitope. This epitope is responsible for the rejection of an organ graft within 24 hours of reperfusion (Hyperacute rejection).

Hyperacute rejection is arguably considered the most severe and violent immunological reaction, since it reflects the loss of graft function and destruction of the organ within hours. All mammals except human and subhuman primates express epitope on their tissues. These antibodies react with the gal-epitope if a pig kidney is permeated with human blood, triggering a chain of events that lead to hyperacute rejection. 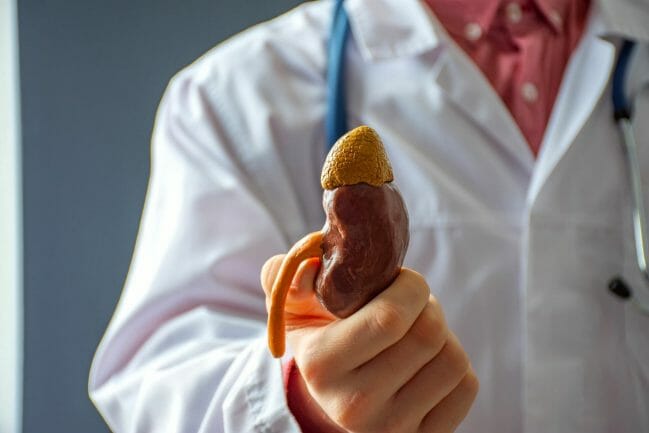 One way to overcome organ rejection is through raising genetically-engineered pigs. These specific pigs express certain human proteins that make it harder for the human immune system to determine the porcine organ as part of a different species. A genetically-altered pig is bred by injecting a small amount of genetic material that imitates a human gene sequence into a fertilized pig egg and then implanted into a sow.

In the recently successful xenotransplantation, the team of surgeons theorized that knocking out the porcine gene for a carbohydrate that triggers hyperacute rejection would resolve the issue. Dubbed as GalSafe, the transgenic pig was developed by United Therapeutics Corp's (UTHR.O) Revivicor unit, and was approved by the U.S. Food and Drug Administration in December 2020. It’s been approved for use as food for meat allergic people. It is also approved as a possible source of human therapeutics.

Nevertheless, medical products developed from the pigs would still need certain FDA approval before being applied in humans. On the other hand, researchers are considering whether transgenic pigs can be sources for other xenotransplantation from heart valves to skin grafts.

Several ethical and social issues related to clinical xenotransplantation should be addressed. The public health threat brought by the possible transmission and activation of Porcine Endogenous Retrovirus (PERV), a pig virus that splices into DNA, raised public concern a few years ago. A few of the public concerns raised include:

In a statement released by People for the Ethical Treatment of Animals (PETA), they shared that “pigs should never be used as spare parts just because humans are too self-centered to donate their bodies to patients desperate for organ transplants.”

Before asking a family for temporary access to the brain-dead patient, the researchers worked with medical ethicists, legal and religious experts to investigate the concept.

As a heart transplant recipient himself, Dr. Montgomery believes there is an urgent need for finding more organs for people on waiting lists. He acknowledges his work is controversial, but he says that “The traditional paradigm that someone has to die for someone else to live is never going to keep up… I certainly understand the concern, and what I would say is that currently about 40% of patients who are waiting for a transplant die before they receive one.”

Experts considered the recent xenotransplantation as the most advanced in the field yet. Nevertheless, Dr. Montgomery shared that more studies are still needed. Even then, this medical breakthrough in science seems to be on its way to provide the possibility of an improved quality of life and potentially prolong it as well, for the advanced stages of CKD.

XENOTRANSPLANTATION: The Benefits and Risks of Special Organ Transplantation -

In a First, Surgeons Attached a Pig Kidney to a Human, and It Worked -
https://www.nytimes.com/2021/10/19/health/kidney-transplant-pig-human.html

Clinical Pig Kidney Xenotransplantation: How Close Are We - https://pubmed.ncbi.nlm.nih.gov/31792154/

“You cannot stay in the laboratory forever”*: Taking pig kidney xenotransplantation from the laboratory to the clinic - https://www.thelancet.com/journals/ebiom/article/PIIS2352-3964(21)00355-8/fulltext